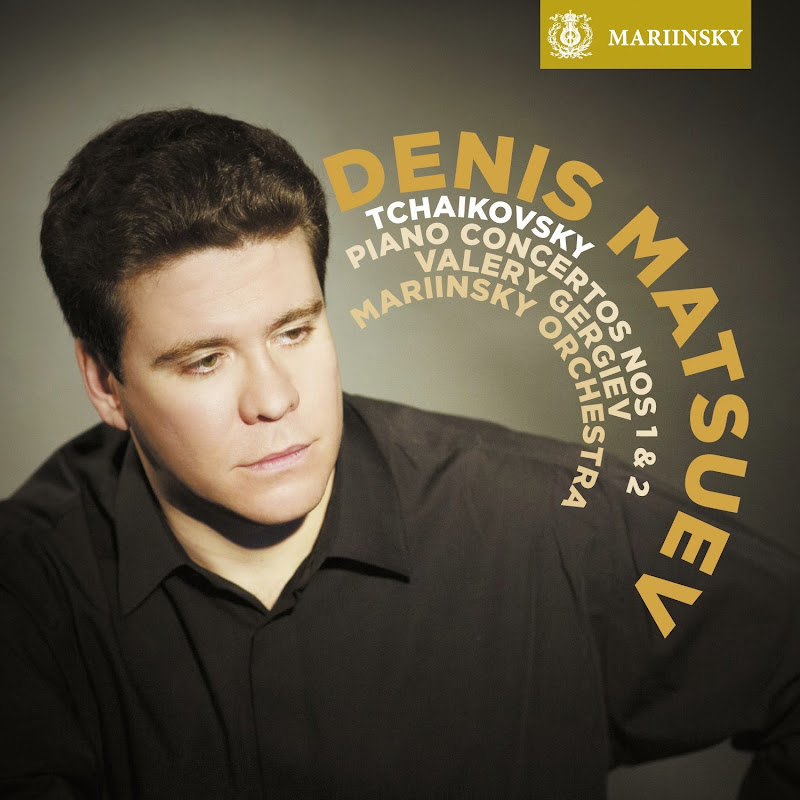 The Russian pianist Denis Matsuev has already shown his dazzling virtuosity on record in works by Shostakovich, Shchedrin, Rachmaninov and others. On this new generously filled (78'32”) SACD from the Mariinsky label he performs both of Tchaikovsky's completed Piano Concertos accompanied by Valery Gergiev and the Mariinsky Orchestra.

As one might expect Denis Matsuev's high octane performance of the first Concerto is big and bold yet it is surprisingly sensitive, as his spacious and unhurried account of first movement demonstrates. Matsuev is quite relaxed and thoughtful especially in the more ruminative passages of this movement. The 'Andantino semplice' is delivered with disarming simplicity, its central 'Prestissimo' section, played with a quicksilver lightness of touch whilst the final 'Allegro con fuoco' displays Matsuev's dazzling technique to maximum effect. The accompaniment by Valery Gergiev and his orchestra mirrors Matsuev's approach in this concerto. There is much sensitive playing to be heard particularly from the woodwind, and both of the orchestra and conductor sound so much more involved than in the recording of this work that they made last year with Daniel Trifonov

It is a tribute to Matsuev and his partners that there is no sense of routine in this account of a work that they must have performed on countless occasions.

Tchaikovsky's 2nd Piano Concerto making its first appearance on SACD is something of a Cinderella amongst the composer's oeuvre. It is a brilliant work full of marvellous melodies and beautiful orchestration and should be better known. One can only really explain its neglect in the concert hall by its considerable length (here it takes 43 min.) and the formidable demands it makes on both soloist and orchestra. Denis Matsuev performs this concerto in Tchaikovsky's own revised version (happily not the Siloti version with its extensive cuts).

Gergiev and his orchestra capture the grandeur of the long opening movement and, as in the previous work on the disc, the flamboyance of Matsuev's playing in this concerto's outer movements is matched by an equal amount of refinement elsewhere. The 'Andante non troppo' is especially memorable for the latter quality, particularly when the orchestra's violin and cello solos – here delivered with the utmost eloquence – are matched by Matsuev's restrained playing.

These recordings were made in March and April 2013 in the Concert Hall of the Mariinsky Theatre, St Petersburg. The engineer was Vladimir Reyabenko, while the production editing and mastering was in the hands of the experienced Philipp Nedel, formerly a producer and engineer with Soundmirror of Boston. The sound quality on this 5.0 multi-channel (24bit /96kHz) SACD is some of the best I have heard from this source, though it must be admitted that the the balance between piano and orchestra does favour the former, but not to the detriment of orchestral detail audibility. The sound-stage is wide with pleasing depth and the benefits of Gegiev's antiphonal placing of the orchestra's violin sections are self evident.