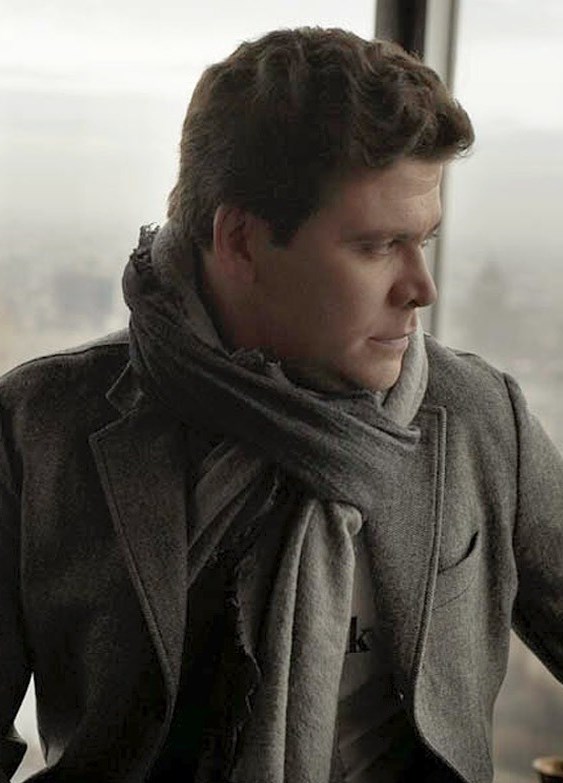 Since his triumph in the 1998 at the 11th International Tchaikovsky Competition, Denis Matsuev has become a virtuoso in the grandest of Russian pianistic tradition and has quickly established himself as one of the most prominent pianists of his generation.

For 11 consecutive years Denis Matsuev has his original series at The Great Hall of Moscow Conservatory “Denis Matsuev invites…”. Many famous orchestras, prominent conductors, outstanding soloists have taken part in it.

In 2010, in Avery Fisher Hall, the New York Philharmonic gave the orchestra’s 15,000th concert – a number unmatched by any other orchestra. Denis Matsuev was a leading soloist in this unprecedented milestone concert, which was conducted by Maestro Valery Gergiev, and was praised highly by music critics.

In 2007, RCA Red Seal released “Unknown Rachmaninoff” featuring Mr. Matsuev. The recording has received strong positive reviews praising his execution and creativity. His Carnegie Hall recital in November 2007 was recorded and released in 2009 as an album entitled “Denis Matsuev – Concert at Carnegie Hall.” The New York Times praised this performance writing “…his poetic instincts held fast in tender moments, with trills as thrillingly precise as one might ever hope to hear.”

Mariinsky Label releases include Rachmaninoff Concerto No. 3, Shostakovich Concertos No. 1, No. 2 and Schedrin’s Fifth with Valery Gergiev and the Mariinsky Orchestra in the famed Mariinsky Concert Hall. Among many awards granted is the Five Star rating of BBC Music Magazine. Norman Lebrecht wrote: “Neither is a virtuoso vehicle and, the composer apart, there is no pianist who has stamped these works decisively as his or her own. Denis Matsuev, a Siberian who made his name in Rachmaninoff is perhaps the first to come close”.

In April 2013 Denis Matsuev presented the record (RCA Red Seal) with S. Rachmaninoff’s Piano Concerto No. 2 and Rhapsody in Blue by G. Gershwin, accompanied by the New York Philharmonic under the baton of its music director Alan Gilbert.

In September 2013 the label LSO Live released a new disc with Denis Matsuev and LSO under baton of Valery Gergiev performing Symphonia Concertante by K. Szymanowski.

Gramophone has chosen Denis Matsuev’s recording of Tchaikovsky Concerti Nos. 1 & 2 as their recording of the month in April 2014.

“Matsuev’s Tchaikovsky No 1 is thrilling, the work’s drama excitingly to the fore – a new ‘personal benchmark’, says Jeremy Nicholas. That’s for you to decide, of course, but do hear it.” Gramophone (UK)

In 2019 Mariinsky Label presents the recording of S. V. Rachmaninoff’s Piano concerto №4 with Denis Matsuev, Mariinsky Orchestra and Valery Gergiev. And consequently the box of records with all Rachmaninoff’s concertos will be released.

For many years Denis Matsuev has collaborated with the Sergei Rachmaninov Foundation, established by Alexander Rachmaninov, the grandson of the composer. Mr. Matsuev was chosen by the Foundation to perform and record Rachmaninov’s unknown pieces on the composer's own piano at the Rachmaninov house “Villa Senar” in Lucerne. Later, he became the artistic director of the Foundation.

In 2021 Denis Matsuev becomes the artistic director of renewed Rachmaninoff Competition in Moscow with three nominations: pianist, composer and conductor.

Denis Matsuev is a laureate of prestigious “Shostakovich’s Prize” in Music as well as the State Prize of Russian Federation in Literature and Arts. He also is a “People’s Artist of Russia.” Denis Matsuev was named Honorary Professor of the Moscow State University. He is a member of The Presidential Council for Culture and Arts, Honored Artist of Russia and was the head of The Public Council under The Ministry of Culture of the Russian Federation.

In February 2014 Denis Matsuev was awarded the honour of performing at the official Closing Ceremony of the XXII Winter Olympic games in Sochi and at the same year UNESCO designated Denis Matsuev as a UNESCO Goodwill Ambassador.

Denis Matsuev was awarded with State Order of Honour.

And in 2017 he received Government of Russia Prize in the sphere of Culture for his International Music Festival in Irkutsk “Stars on the Baikal”.

As the Ambassador of FIFA World Cup Russia Denis organized the unique concert with participation of Valery Gergiev, Anna Netrebko, Placido Domingo and other stars of classical music at the Red Square in Moscow on 13th of June 2018.

In 2019 Denis Matsuev was awarded with Lev Nikolaev gold medal for his significant contribution to education and popularization of science and culture.

In 2021 ICMA awarded Denis Matsuev with the prize for Video Performance of the Rachmaninoff's Third concert with Riccardo Chailly and Lucerne Festival Orchestra.

Denis Matsuev was the Chairman of the jury for XVI International Tchaikovsky Competition in the piano category.