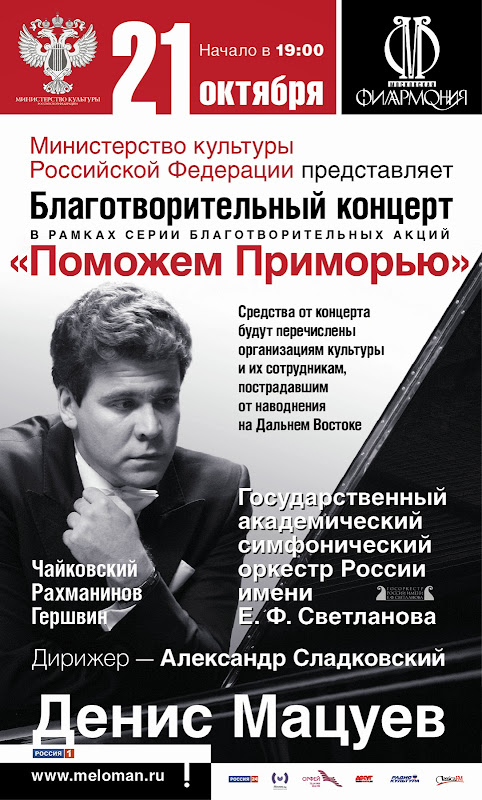 Denis Matsuev and The State Symphony Orchestra of Russia under the baton of Alexander Sladkovsky will perform on 21th of October at 7 p.m. in P. I. Tchaikovsky Concert Hall (Moscow) a charity concert “Help Primorie”. The money raised during the event will be donated to cultural institutions and their employees, who suffered from the flood this summer. It will be the first concert in a series of charity concerts organized by the Ministry of Culture.The programme includes: S. Rachmaninoff. Piano Concert #2, G. Gershwin. Rhapsody in Blue. Guests can also buy disc “Denis Matsuev. S.Rachmaninoff, G.Gershwin (New York Philharmonic, Alan Gilbert)”. The money for discs will also be donated to victims of the natural disaster at Primorie.“We all, Alexander Sladkovsky, Orchestra musicians and I, want not only support all victims of flood, but also yearn to raise as much money as we can to help these people to solve their vital problems”, - Denis Matsuev said.
Tags: charity photo