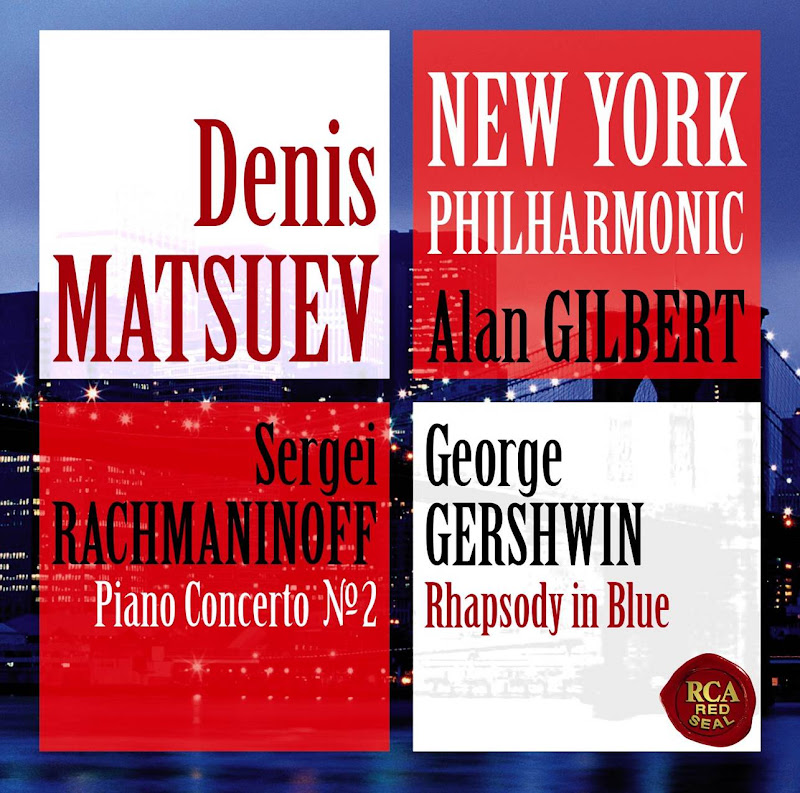 Internationally acclaimed for his performances of numerous works of Sergei Rachmaninoff, pianist Denis Matsuev presents his new recording of the Piano Concerto No. 2 with the New York Philharmonic (dir. Alan Gilbert) during a Rachmaninoff Anniversary Gala in Moscow, celebrating the composer’s 140th birthday.

"I am delighted that we have been able to produce this recording now." says Denis Matsuev, "Although the two pieces, Rachmaninoff's Piano Concerto No. 2, and George Gershwin's Rhapsody in Blue have held a place of honor in my repertoire for many years, I have never released them on CD. This CD will celebrate Sergei Rachmaninoff’s work, for me one of the greatest composers for the piano ever. Not only did Rachmaninoff himself first perform the Piano Concerto No. 2 in New York, we also know that Rachmaninoff attended the world premiere of Gershwin's Rhapsody in Blue in New York."

Denis Matsuev is the first Russian pianist since Vladimir Horowitz in 1978 to record Rachmaninoff's Second Piano Concerto with the New York Philharmonic.

His commitment to Rachmaninoff’s work has several facets. He is artistic director of the Fund Rachmaninoff (the Foundation which administers the estate of composer and regularly organizes Rachmaninoff concerts around the world) - a position which Alexander Rachmaninoff, the recently deceased composer’s grandson, had personally bestowed on him when Matsuev first visited the composer’s Villa Sénar near Lucerne/Switzerland in 2005.

Alexander Rachmaninoff’s foundation has allowed him to record hitherto unknown works of the composer, released as “Unknown Rachmaninoff”. The recording (RCA Red Seal / Sony Classical 88697002332) is part of a continued partnership with SONY Music since Denis Matsuev first signed a contract with SONY Music Russia (then BMG) in 2005. In Russia, the album was twice honored as the best-selling classical album of the year.

On occasion of the composer’s 140th birthday, the Moscow State Academic Symphony Orchestra (http://www.gaso.ru/gosorch/eng) under the baton of Leonard Slatkin and Denis Matsuev, piano, will hold a two-day gala event in Moscow.