March, 6 Denis played “Rhapsody of love” concert in Astana. The musician announced that a contest for the young pianists will be launched soon in Kazakhstan under his patronage. The contest is planned for the autumn 2012.It was the 4th time that Denis has visited Kazakhstan in 2.5 years. He enjoyed playing with the Symphony orchestra of the Astana Philharmonic, especially given the fact that there are a lot of young musicians in the orchestra. The concert hall “Kazakhstan”, opened not so long ago, produced on Denis a most favourable impression: “Your hall has amazing acoustics that, in my opinion, will become better and better. A hall is a living being, it must get roots, it must live, it must breathe. A hall must live on music… I remember playing my first recital here, and now we have been rehearsing Rachmaninov’s concerto: the hall breathes in a completely new manner, the sound spreads in a totally new way, it has got more air”. 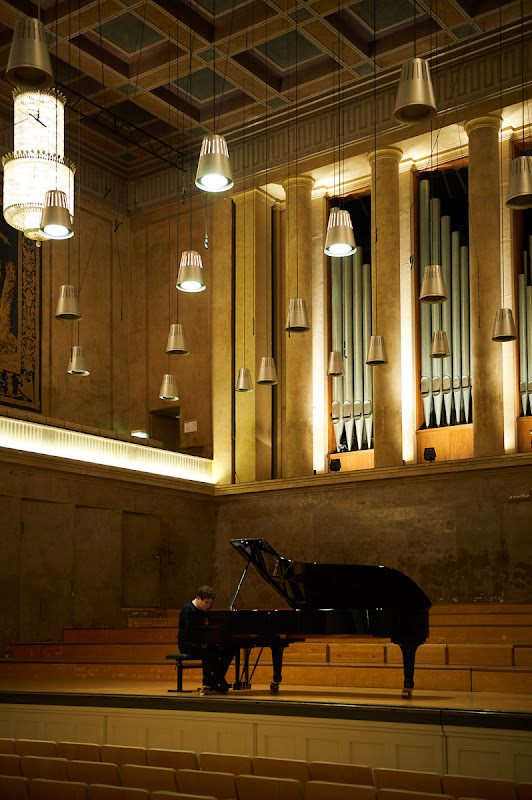